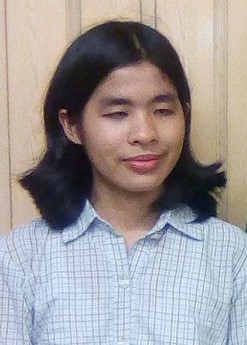 Stephanie Senin, born with low vision, paper and pen were her means for studying from primary school up to college. When her sight deteriorated due to glaucoma, she enhanced her computer skills by enrolling in ATRIEV’s PC Operations course funded by Liliane Fonds in 2009.

In the Past, Steph only uses computers during her Computer subject and when she does research activities. Now she regularly uses her skills for studying and for work. With a new tool at hand, she finished her BS in Business Administration degree major in Human Resource Development. She also earned 18 professional units in the field of Education.

Knowing the Microsoft productivity tools, both in theory and application, she became one of ATRIEV’s trainers last 2013. Since then, she has been conducting ATRIEV’s Windows based training programs for visually impaired students, teachers and rehabilitation workers, both in ATRIEV’s IT Center and in different communities of the Philippines. For this manual, Stephanie is the author of the module on Microsoft Excel.