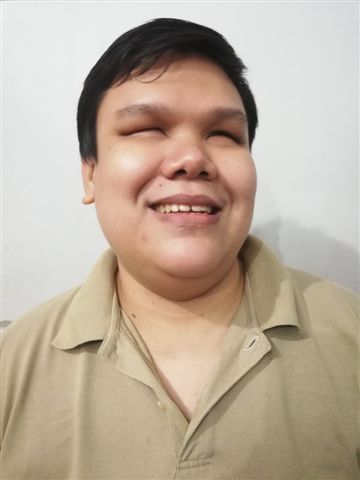 Blind since birth due to microphthalmia, John Sebastian Procoro Masbad or Justin for Short had to move from one primary school to another due to his visual impairment. His mother finally found a residential school for the blind in Pasay called Philippine National School for the Blind where he completed his primary and secondary education.  After high school, he enrolled in ATRIEV’s PC Operations course supported by Liliane Fonds.  In college, he was given a 4-year scholarship by STI College and took up Bachelor of Science in Information Technology (BSIT). Since 2016, he worked in ATRIEV as a trainer handling Digital Literacy Training (DLT) and Introduction to Computer Science (ICS). For this manual, Justin wrote the modules on Microsoft Access and Basic Trouble shooting and Security.