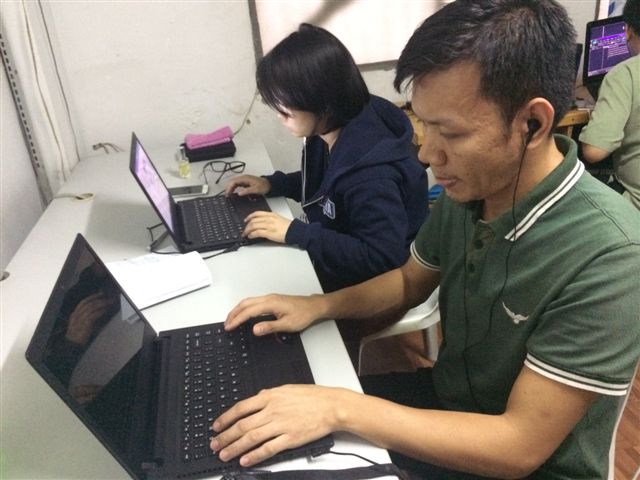 Mark Anthony Lozada grew up in one of the cities where poverty exists. He studied in a public elementary and high school. Then, he completed his electrical technology and engineering courses at the Technological University of the Philippines in Manila in 2011. Unfortunately, Anthony has twice failed to pass the licensure exam for electrical engineers due to the onset of his depression in 2010.

Anthony’s severe depression led to the gradual loss of his vision. He was then later diagnosed of Behcet’s syndrome, a rare disorder that causes blood vessel inflammation throughout the body. The disease can lead to numerous signs and symptoms that may seem unrelated at first. They may include mouth sores, eye inflammation, skin rashes and lesions, and genital sores. One of the symptoms of Behcet’s syndrome is his gradual blindness which is also irreversible.

Anthony enrolled in ATRIEV’s Digital Literacy Training in September 2017 followed by Intro to Computer Science course. After his trainings, Anthony developed not only his computer skills but his self-confidence as well. Anthony is currently one of ATRIEV’s trainers. For this manual, Anthony wrote the module on Windows basics.