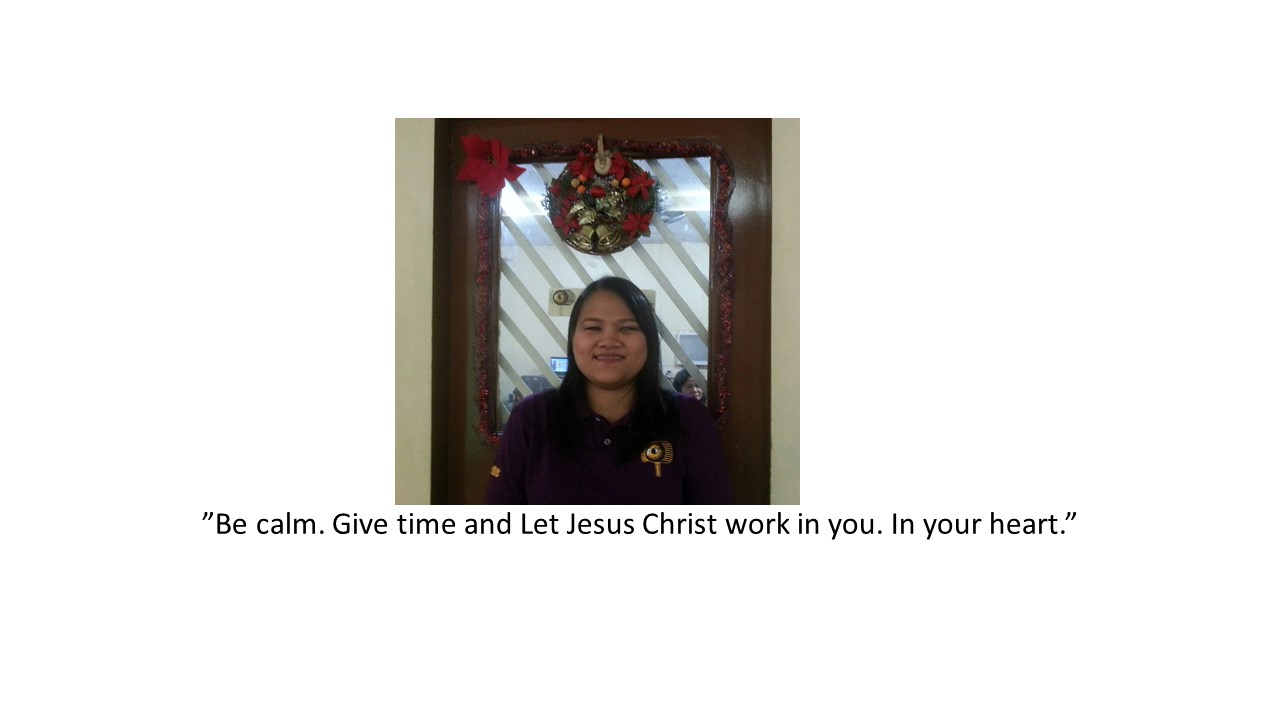 Short-tempered, uncautious of the words coming out of my mouth, and immediately reacting to everything with defensive or offensive words. These describe who I was before knowing him, my mentor. A Korean Pastor and a founder of an organization that ministers Filipino blind.

“ I want to be a blessing to everybody, not a burden.” These were his answer when I asked him why his name is Blessing. Meeting and knowing someone like him was really a blessing for me! Staying in their ministry for a year had changed me. My knowledge and understanding the Word of God were broadened and deepened. I was really amazed because of his heart and dedication in helping Filipino blind to become productive and successful.

Being in his position and situation, he can’t avoid receiving negative comments and sometimes disrespectful behavior from other people. Observing him on how he handles these, I can’t help but ask why he keeps calm, why he speaks only a few words instead of defending and explaining himself. These questions came popping out in my mind every in a difficult situation but these remained unspoken until I had a short but life-changing conversation with him.

It was during a time when I had conflicts with my co-blind. Feeling depressed and angry, I went to him and told about it. After hearing all my sentiments and offensive words to the person whom I had a conflict with, He advisedBe calm. Give time and let Jesus Christ work in you. In your heart.”

Upon hearing these, I suddenly kept quiet and waited for his next words. He continued saying, ”All those reactions coming from you right now are worldly behavior. If all of us will be like this, we won’t be honoring God. We should live as Jesus Christ did to the best that we can. If you don’t, you’ll worsen the situation. Keeping quiet doesn’t mean defeat, mostly you win.”

From that time, I became aware and I understood why he kept calm whenever he’s criticized and attacked. No need to be always defensive. No need to be offensive and react to every negative thing and other people

, my mentor is a blessing not just by name but also by deed.