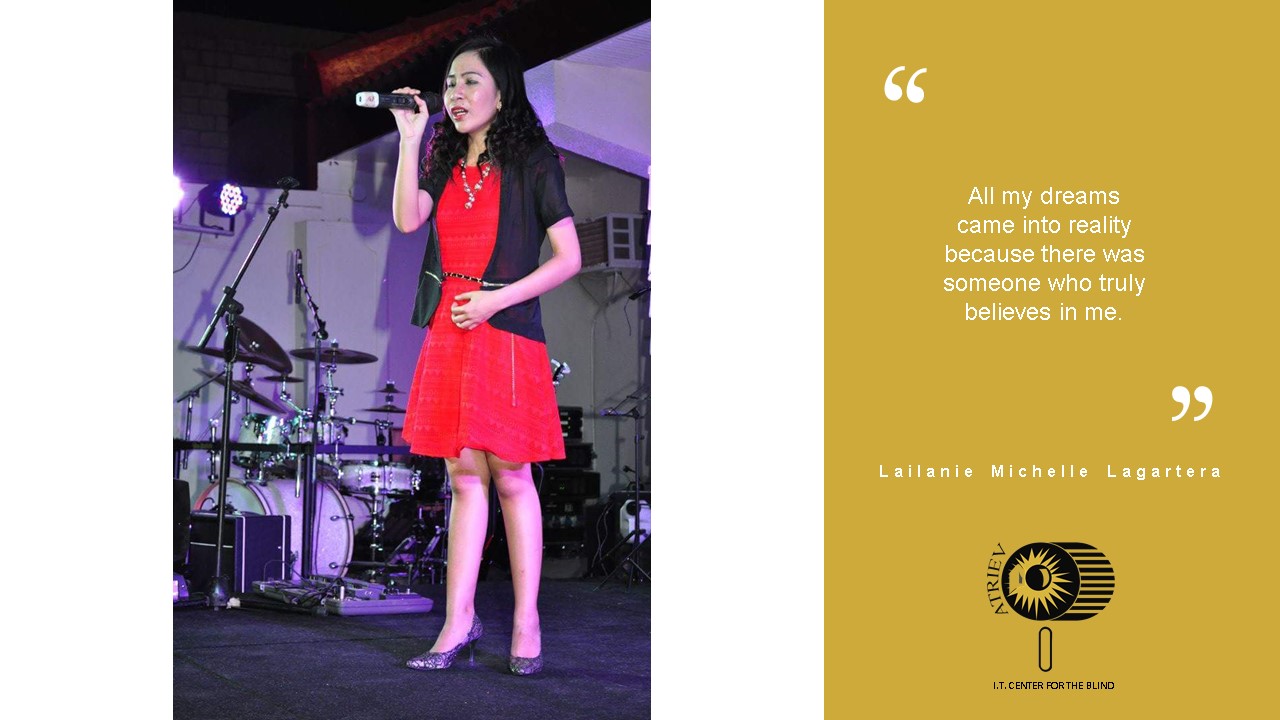 Teachers could influence their students in countless ways. They may either bring a positive effect or a effect on them.

Even at a very young age, it was evident that I already had the passion and inclination in music. I had been dreaming to become a singer since then.

My mom attempted to enroll me in some music schools several times and she also tried to hire a voice teacher who could train me to become a better singer. To no luck, those schools and teachers my mom approached were not ready to accept a blind student in the class, not even for a one on one session.

That did not stop me from performing.

I still participated in different competitions and other opportunities where I can show my talent. A part of me knew that it wasn’t enough. I knew that I could do better if someone who has the expertise would willingly share his knowledge with me.

Until that time came when I had another opportunity to join a competition for vocal solo and I was chosen as the representative of our school. Once again, my mom tried to look for a voice coach who would help me prepare for the competition.

And once again, we failed.

So even without having a coach, I still decided to join the competition. Fortunately, I won in the first round but then, I did not make it to the next level of the competition. That moment, I cried so hard. I felt like I almost want to stop singing. I told my mom that If only there would be at least one teacher who would take the time to attend to my needs. Someone who has the willingness to teach blind people like me, I will really give my best and prove that I can do better than what they were expecting of me.

A teacher who took a chance

Two years later, I was blessed to have the opportunity to participate in a training program for the youth servants of our parish. That was when I met my very first voice teacher, Professor Armin .

When I introduced myself to him, I found out that he wasn’t aware of my blindness. Later on, I asked him if it would be fine with him having a blind student in his class. I was really surprised by his answer. He said, “It’s okay. That wouldn’t be a problem. You may be blind but you have the talent and most importantly, you know how to listen. Your listening skills will be your greatest advantage in this class.”

That was the first time I heard a voice teacher who showed his willingness to teach a blind student. And he has proven it. He patiently taught me in every session. He truly inspired me to keep on singing. He even told me before the training ends that he was looking forward to seeing me as a successful singer someday.

Eleven years after, I can say that the goal that my teacher and I had was fulfilled. I am now a part of different performing groups, not only of but in other parts of the country. I also received several awards and had won in different competitions as a solo performer. And the best thing that happened was that experience brought a different perspective in other music teachers’ point of view of having a blind student.

At first, I was just asking for only one teacher who would find time to teach me but now I have many of them. Now I’m sharing the knowledge I learned from my mentors to the new members of our groups and with the other musicians I meet as I go on with my journey.