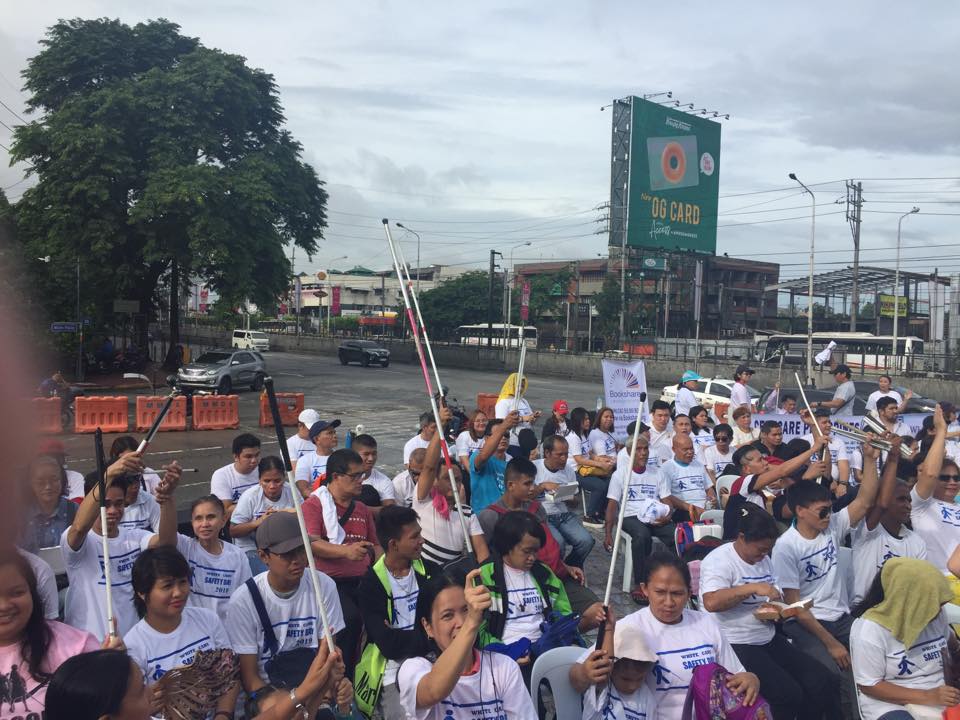 Where It All Started

For centuries around the world, cane, staff or stick was used to guide blind people in their travels. It was used to alert them of the obstacles in their paths. The use of white cane was claimed to have started in 1921 which was attributed to James Briggs, a Bristol photographer who lost his sight due to an accident. He used the cane for the pedestrians and vehicle users to know that he was blind. He chose to paint his cane white so it would be visible even at night. From then, white cane was used not just to aid persons with visual impairment but to serve as a sign for people to know their disability.

In the Philippines, the “White Cane Safety Day” was celebrated every first of August in accordance with RA 6759 of 1989, which declares that it is the policy of the state to promote and protect the physical, moral, and social wellbeing of all persons with visual impairment.

Since then, efforts have been made to celebrate the “White Cane Safety Day” by organizing programs and services for visually impaired and spread awareness to persons without disability.

For the “Sight Saving Month,” which is celebrated every August, the “White Cane Safety Day” served as an opening activity. Different programs like Braille writing contest was held.

The theme for the 30th White Cane Safety Day Celebration was “Puting Baston, Simbolo ng Kalayaan ng Taong May Kapansanan sa Paningin: Dapat Kilalanin, Igalang at Pagtibayin.” This theme emphasizes the role of the white cane as the symbol that someone is a person is blind or visually impaired.

As part of the grand celebration, an activity called “White Cane Walk” led by the Philippine Blind Union. The walkathon was joined by different organizations such as resources for the blind, Visuals, NOVEL, and other organizations. ATRIEV also joined the walkathon at least 25 representatives including the staff, trainers, and trainees.

The White Cane Walk started from Camp Aguinaldo Gate 2 Capinpin avenue and walk along the North bound lane of EDSA towards the People Power Monument where the program proper was held. Hundreds of visually impaired walked with their White Canes as a symbol of their freedom.

The program’s guest honor representing DepEd Sec. Briones was Undersecretary Tonisito Umali of the Events and Legal Affairs and Liason Office of the Department of Education. Philippine Blind Union gave away White Canes and braille with stylus. BENETECH-Bookshare, a non-profit organization which advocacy is Global Literacy and Inclusion gave away 3 Google Nexus Tablets through Philippine Representative Ms. Aggie Angeles.

Looking back the journey for having an inclusive society for the visually impaired has gone a long way. The celebration of the White Cane Safety Day won’t end in the celebration itself. It will continue through the organizations who work hard to organize events that will spread awareness, through the visually impaired who show their talents and skills, and prove to everyone that disability will never be a hindrance to one’s success, and to people who strive to understand people with visual impairment and treat them as equals. With this, we are looking forward to a more accessible community for the visually impaired. 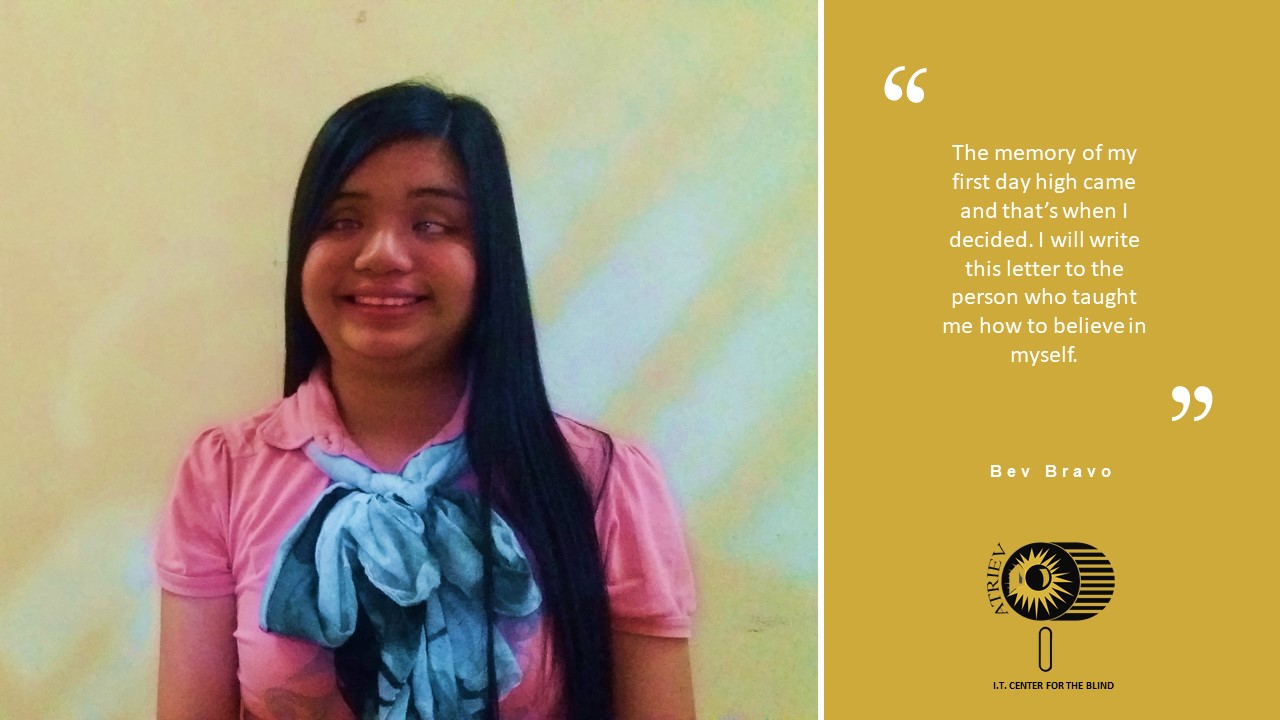 Have you ever felt like you don’t belong in a certain place? Or ever doubted your abilities because of how society sees you?

I have, but that changed when I met her. The woman who believed in me more n I believe in myself.

It was the first day of my class in high school. I was in the faculty room, talking with my teachers about some arrangements during the class. They asked me how I read and write, how I answer my exams before, and how I take notes. I explained everything to them but they still seem to hesitate in accepting me.

They told me that they were not ready to accept students with visual impairment and that I should go to a school for the blind. I considered the idea but those schools are not accessible for me in terms of transportation. They kept on explaining why they cannot accept me.

I was about to just leave and let things that way when another teacher joined the conversation. She told the other teachers that she is willing to accommodate me in her class since she was also teaching first-year students. One thing that stuck in my mind was when she said that she believes in me.

The idea of someone, who doesn’t even know my name, believing in me made me so happy. She might have seen the determination in my eyes and the eagerness in my face to be accepted. Because of her, my exciting high school life began.

Three years later, there was a card-making in our school. As a kid, I love making cards for my loved ones but my self-doubt started crawling in again.

What if they won’t accept my entry because of my impairment? What if my card would be the ugliest card in the contest?

I did my best to stop the negativity in me. I inhaled, exhaled, and had a little pep talk with myself. Why do I keep doing this? Why can’t I just believe in my capabilities for once? With all my questions, the most important one eventually had to be answered: Who am I writing to, anyway?

The memory of my first-day high came and that’s when I decided–I will write this letter to the person who taught me how to believe in myself.

I picked up a piece of pink colored paper from a pile of art materials, got my pen from one of the pockets of my backpack, and started writing, “To my dearest teacher…”

The day of the awarding ceremony came. I was nervous but at the same time excited. I was contented just to be able to make the card. All I wanted was to give it to her. I was ecstatic when I learned that I got the third-place! I didn’t waste any time and gave that same card to my dearest teacher. The smile in her face was worth my every effort. I was happy to be able to appreciate the teacher who changed my life in my own simple way.